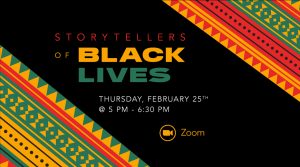 with talented black poets, writers and artists shedding light on the culture, success and hurdles of black people and culture in North America. Enter a brave space to discover, discuss and dive deeper into the personal stories and experiences of black Canadians.

Complete the registration at the bottom of the page to attend. 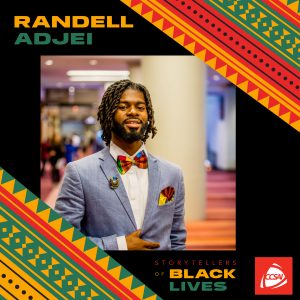 Hosted By: Randell Adeji
Randell Adjei is an entrepreneur, speaker and spoken word practitioner who uses his gifts to empower through Edutainment. He is the founder of one of Toronto’s largest youth-led initiatives; Reaching Intelligent Souls Everywhere (R.I.S.E Edutainment).

We have an amazing lineup of artists! Check them out! 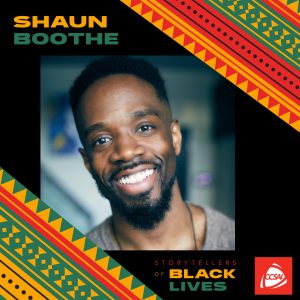 After spending 10+ years in the music industry, sharing stages with the likes of Snoop Dogg, Lauryn Hill and Kendrick Lamar, a search for a more purposeful path led Shaun to the education market. It was here where he discovered how his Unauthorized Biography Series, combined with his passion for speaking, could be used as a powerful tool to both entertain and inspire others to achieve their own greatness. 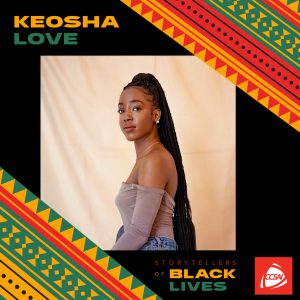 Keosha Love is a multi-disciplinary artist, activist and educator from Toronto that intersects art and wellness to empower BIPOC communities in her storytelling. As a writer and director, Keosha is notable for re-imagining her world and systemic issues in her work by exploring, vulnerability, Black identity, radical care and mental health to promote healing and social change. As an educator, Keosha has facilitated many workshops on healing, poetry, women’s empowerment and creative wellness using a trauma-informed lens. Keosha has graced many stages as a public speaker, host and spoken word artist who shines through her voice and tells revolutionary stories.

Her work can be found in collaborations with the Raptors, Converse, Nike, Absolut Changemakers& CBC Arts. In 2016, Keosha founded Our Women’s Voices, a non-for-profit dedicated to amplifying the voices of womxn using community, arts & education. Most recently, Keosha received the 2019 Community Award for her immense drive towards strengthening marginalized communities and has become a well-recognized voice that empowers others to use theirs. 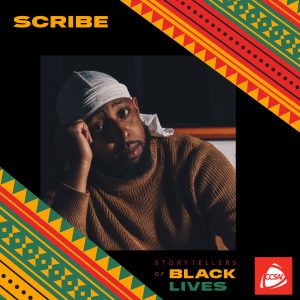 A life immersed in the performing arts has made Joshua “Scribe” Watkis devoted to storytelling. Through Spoken Word Poetry and Hip-Hop, he has taken thousands into his world to experience it as he does. The Scarborough-born poet is a National slam champion and has performed across Canada. Scribe owns Word is Bond, and is an Arts Educator and event organizer; as well as a member of the Up From The Roots collective and the Rapper/Producer duo S.O.A.P (Scribe & Onglish Aren’t Perfect) 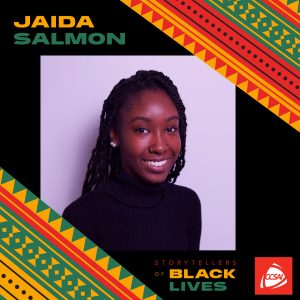 Jaida Salmon is a 24-year-old GTA-Native with a passion for all things related to art and animation. Growing up with a love for cartoons, film and media she always knew that someday she’d want to work in that field and create content to reach a wide variety of audiences. Her 4x award-winning short film Wash Day has toured the globe taking part in film festivals and has been televised across the GTA and New York regions. In the future, she hopes to continue her creative pursuits through developing a miniseries and feature animation. Aside from animation, she would love to continue studies in art therapy, exploring how we can use art as a process of healing. 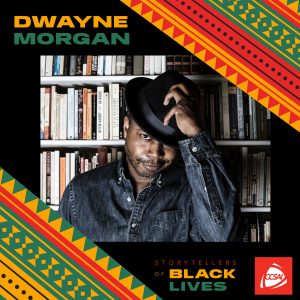 Dwayne Morgan has been a professional Spoken Word artist since 1993. Over that time, Morgan has published 13 collections and 9 albums of his work, while offering performances in 18 countries internationally. Morgan is a 2013 inductee into the Scarborough Walk of Fame, and a 2016 finalist for the Premier’s Award for Excellence in the Arts As an event producer, Morgan’s company, Up From The Roots has produced hundreds of events, including When Brothers Speak, When Sisters Speak, the Toronto International Poetry Slam, and the Last Poet Standing. Morgan is also a co-founder and co-producer of the Toronto Spoken Soul Festival.