Centennial College took their Pride Month celebrations to a new level this year with an expanded Pride Picnic and a full float marching in the parade on Sunday, June 24.

The Lesbian, Gay, Bisexual, Transgender, and Queer Pride Month (LGBTQ Pride Month) is celebrated each year in June to honour these communities and acknowledge and celebrate their contributions to society. The activities include pride parades, picnics, parties, workshops, symposia, and concerts.

Centennial College strives to promote a safe and inclusive learning environment for all students and expanded their celebration this year. The Department of Global Citizenship Education & Inclusion (GCEI) oversees a wide variety of LGBTQ initiatives that were created with the goal of inspiring reflective thought and increasing awareness of sexual orientation and gender identity. 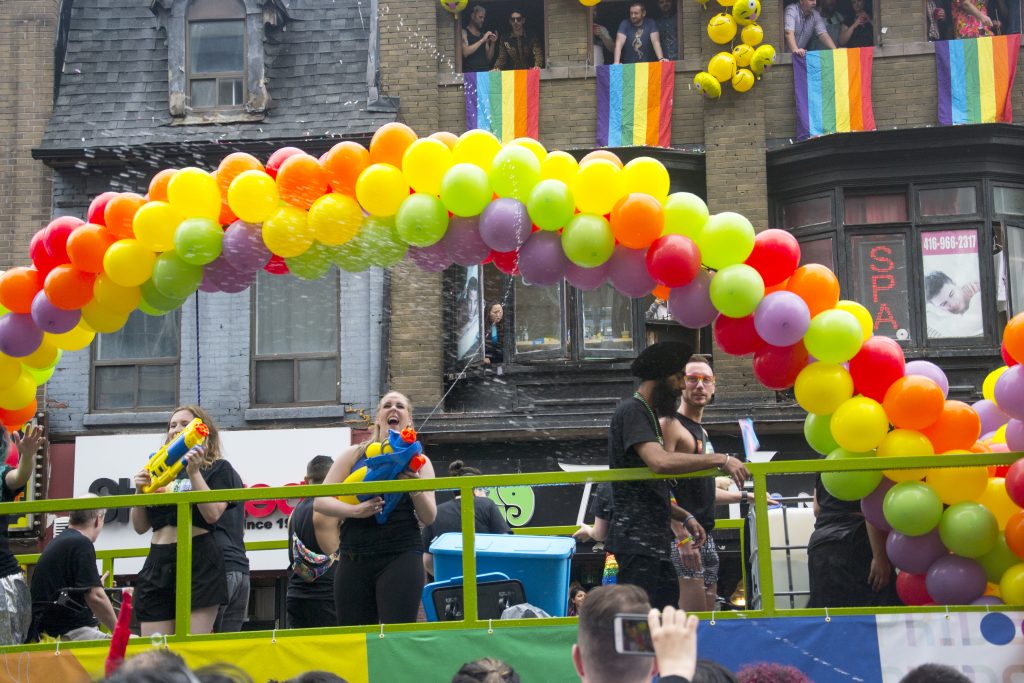 Manny Rodrigues, the administrative operations manager for the Academic Excellence Unit, spoke with the Courier about this year’s Pride Month Activities. Centennial participated with a float near the front of the parade on June 24. The float was a joint effort from GCEI, Student Life, and the School of Transportation.

The elaborate setup built by the School of Transportation featured a 40-foot tow truck with 27-foot railings covered in Centennial banners and logos, a DJ, 2000 Litres of water in a tank for water guns, and a 20-foot rainbow balloon arch creating one giant Centennial Pride vehicle!

Rodrigues was thankful for the overwhelming support, saying it was a very enlightening experience and looks forward to growing the celebration next year with more performances and even more visibility.

“If there’s one thing about me, it’s that I’m extra. If one thing works, I want to go bigger and better. Last year we had the Pride Picnic and it was very successful, but I wanted more. If we’re going to go and do something like this do it right, be authentic to what it is. If you’re going to go gay, go gay and fabulous.” 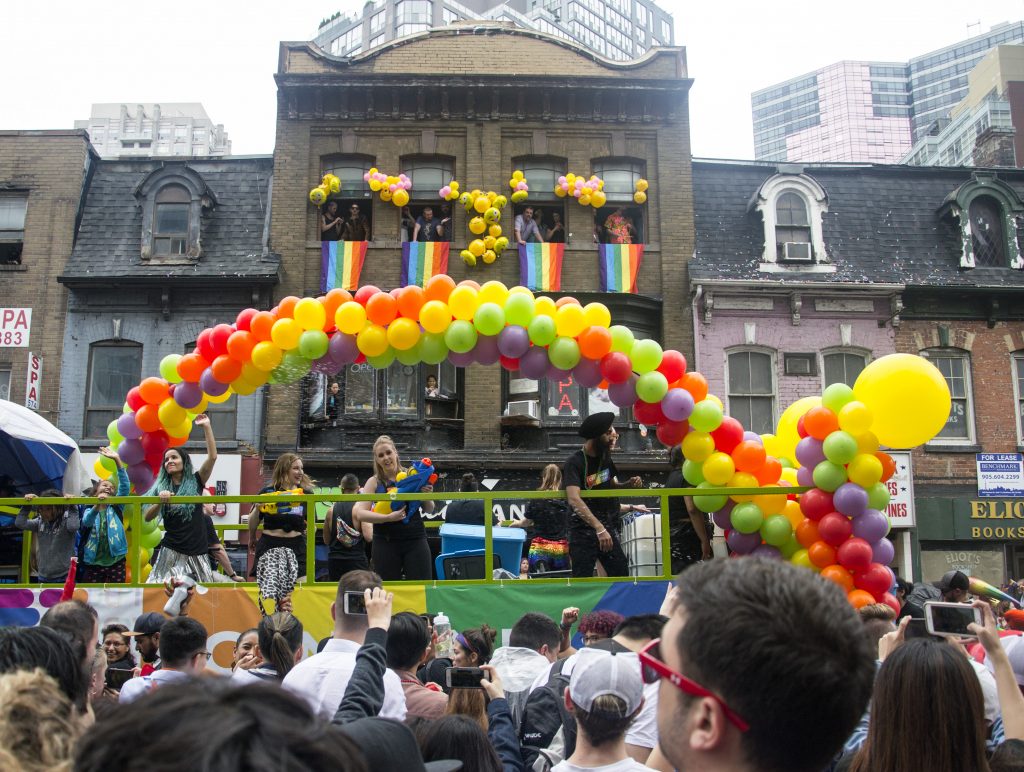 Further elaborating on the month-long festivities, a CCSAI Board Member tells us about the Pride Picnic held earlier in June. A lot of different college departments supported this event. The initiative seeks to encourage the college community to organize similar events that can help build awareness about the LGBTQ community. Partner organizations like the Griffin Centre that focuses on supporting LGBT people with mental health issues; South Asian LGBT groups were also present, building relationships and using the forum to engage with students. With an attendance of 500 people throughout the day, they got a lot of attention and were able to hand out information on their organization and talk about the services that they provide to the communities.

“Students should not be shy to reach out; there is an LGBTQ club on campus as well which is very welcoming, also providing social, monetary and administrative support. Do not feel ashamed or look for society to give you permission to be yourself, love, and embrace the person you are!”

Gabriel Bedard from GCEI explained the related year-round training at Centennial. Positive space training and supporting Trans, Gender Non-Conforming, and Two-Spirit Students’ workshops cover an introduction to the community, terms & language, a basic understanding of what gender identity is, and breaking through myths and stereotypes. Topics like homophobia and biphobia are addressed.

“Originally to educate staff, these programs have now received more acceptance and are open to students as well, getting attention from the Social Services program which will hopefully equip students to make a positive social change in the communities too” 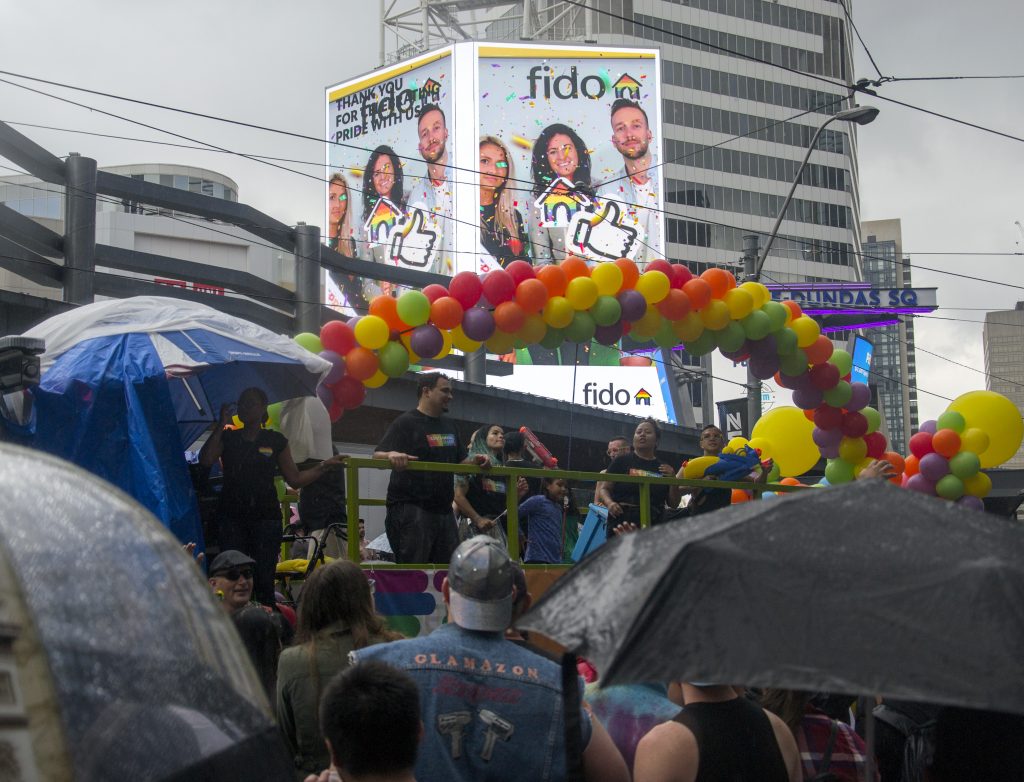 Bedard was happy about the reception the Pride picnic received.

“The drag show was very interactive! It brought wonder, excitement, some giggles, and awkwardness but a lot of positivity to the event!” Sharing one concern, he adds, “International students that are on the spectrum feel relatively at ease here in Canada, however back in their home countries when they return, society may not be so liberal yet, and it can be difficult for them to express and feel true to themselves; and helping them cope with the transition again, is very crucial”

More photos of the Centennial College Pride Picnic at the CCSAI Student Centre.

We're dancing the rain away and showering the crowds with love, beads, bubbles and swag! #PRIDECentennial #pride #prideto #loveislove #centennialcollege

This was SO FUN!!!! Being in #TORONTOPRIDE on the @CentennialEDU float was the best ever! pic.twitter.com/UqOdp49PoA