The Courier spoke with Erick Inojosa about his project with Jimmy Yang & Rubico. Jimmy & Erick created a 3D animated video for the song Go Up.

How did the project start?

We started doing it in second semester, really slow. (Jimmy Yang) did the rigging, I did the characters and I continued doing the storyboards. We stayed the whole semester, just doing a little bit because we had a lot of assignments.

Then the (faculty) strike came up and we thought let’s do this whole animation during the strike. Let’s finish this while they’re on strike. So we got together every day at Centennial, 24 hours a day we worked. I would sleep and then we would change times and (Yang) would go to school and help me render. We used both animation rooms to render. So we used pretty much 30 computers to render the animation.

What story were you trying to tell with the video?

The name of the song is Go Up and what he says in the music is basically for you to put yourself up, no matter what hard times you are going through. If you go through hard times just go up, just put yourself up. Walk forward, not backwards.

The character can be a thought, the character can be your personality or yourself, all of us could have a little character inside their minds that could be like their own person with different colours. Whoever watches it can interpret it however they want because I didn’t make anything 100 per cent clear.

Do you have any advice for other students to pursue a project like this?

I would say everything that you learned applies to something of yourself… Always try to put a little bit of your personality into your work because this is going to make you passionate about it. This is going to make you want to finish the work because it means something to you. So never do work that doesn’t have meaning to you, always put a meaning that will make you be passionate about it. 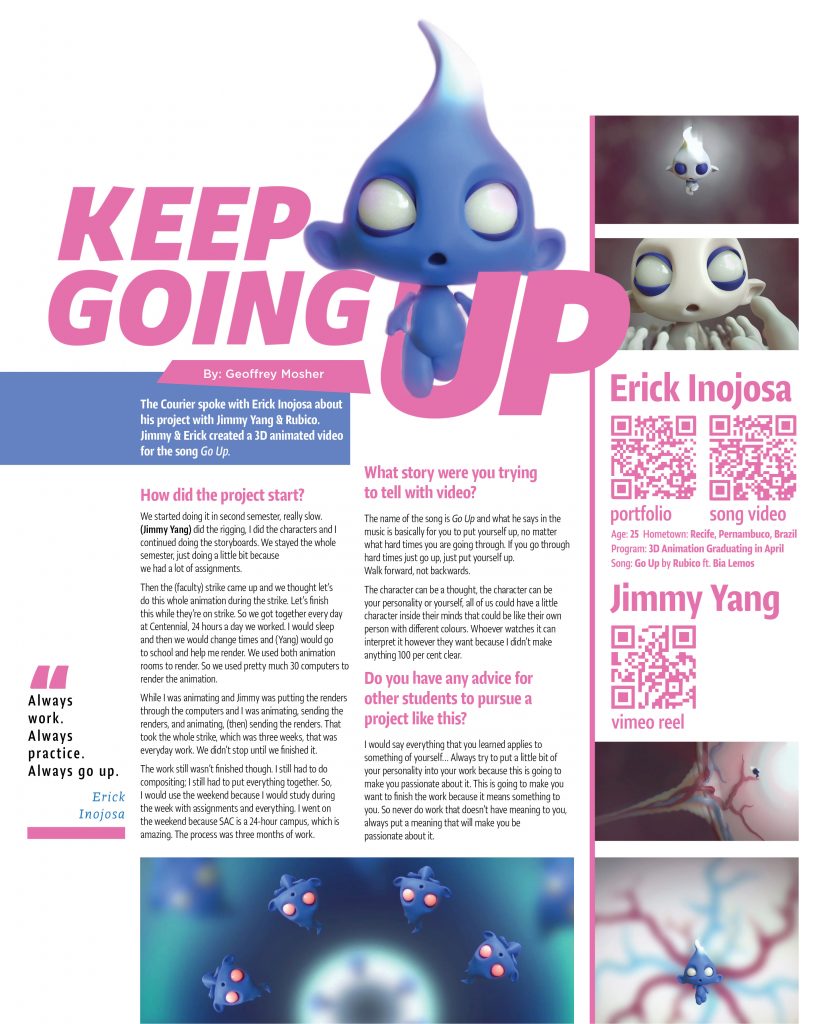