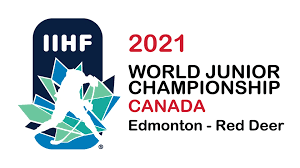 Cheer on Canada at the World Junior Hockey Championships

Growing in Canada playing and watching hockey pretty much all of my life, the World Junior Hockey Championships have become synonymous with the holidays. Every year I eagerly look forward to puck drop on the tournament – this year it starts on Christmas day, with Canada’s first game on Boxing Day (December 26th) – to cheer on the new up and coming Canadian players we’ll hopefully see for years to come in the NHL.
TSN broadcasts the whole tournament and you can see streaming and broadcast details here: https://www.tsn.ca/2019-world-junior-hockey-championship-broadcast-schedule-1.1221193

As a bonus, if you’re watching from here in Toronto, the tournament is in Alberta this year so the game times will be favourable for North American time zones.