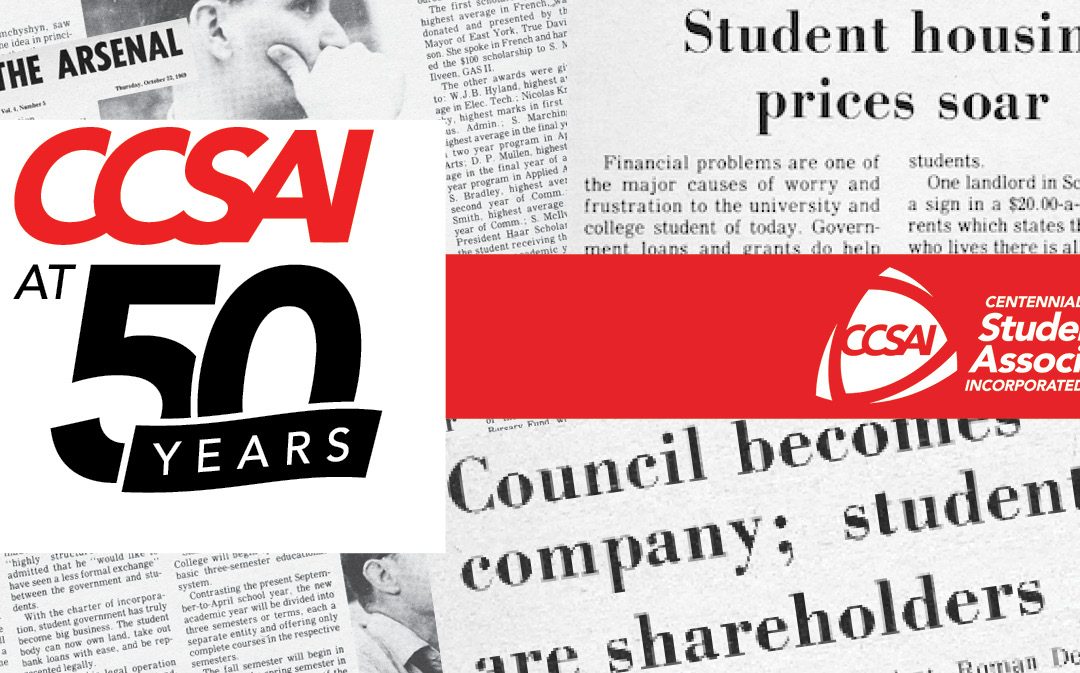 Centennial students are now shareholders in a company.

The $40 Student activity fee paid by each student is an investment in a newly formed corporation called the Centennial College Student Association Incorporated.

Over a year ago, the Students Council began a procedure that culminated last week when a document arrived at the Council office which finalized the incorporation of the students of this college into a company “without share capital”, with the executive of the Council as its “directors”.

Although it sounds official, incorporation will actually mean little difference in the day to day operation of the school. Council members will not begin wearing Bay Street suits.

Incorporation was obtained to provide the students and Council with several business advantages. The structure of student government does not change. Incorporation means that the student body of this school has been recognized as a legal entity for the” purpose of business transactions. 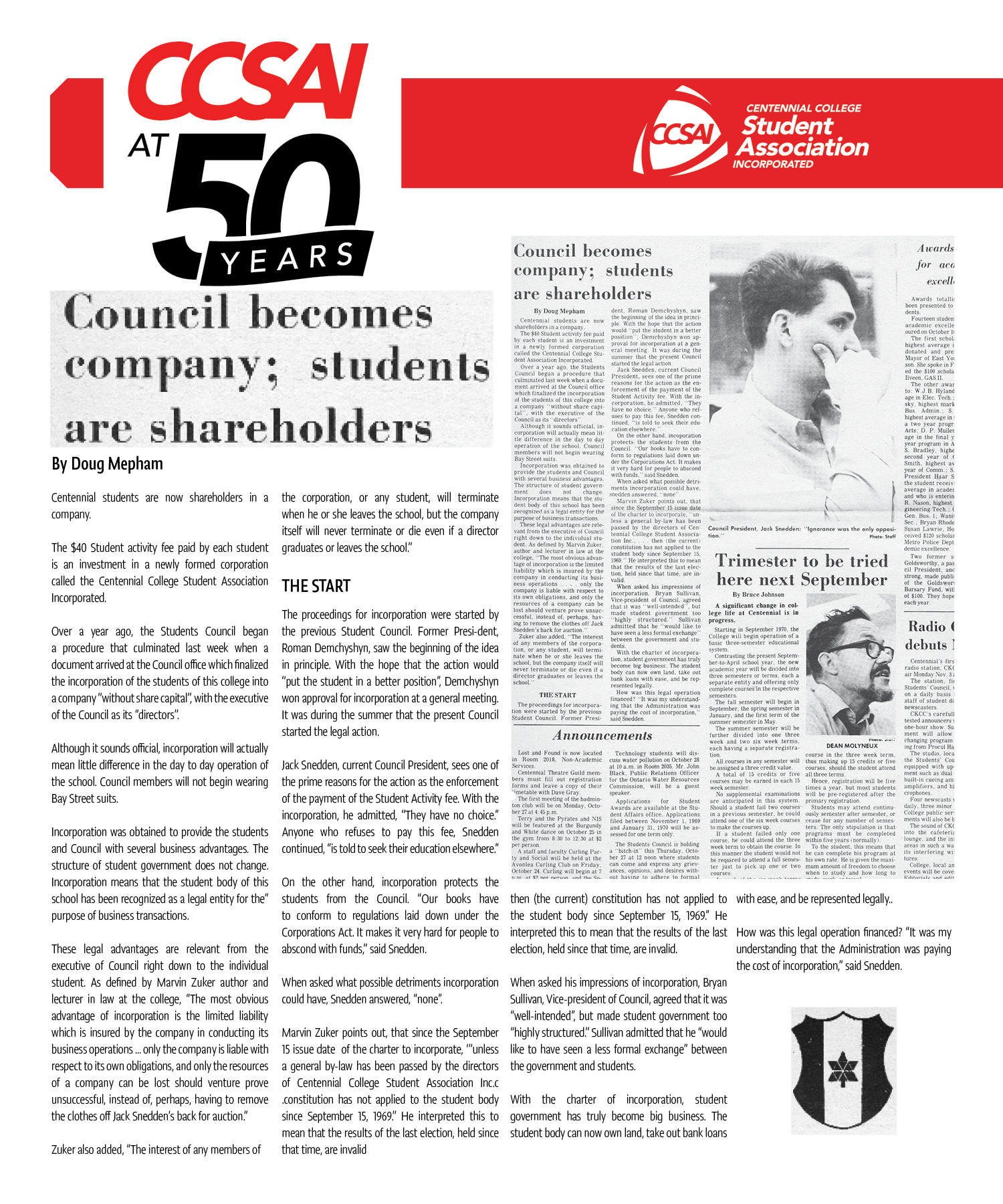 These legal advantages are relevant from the executive of Council right down to the individual student. As defined by Marvin Zuker author and lecturer in law at the college, “The most obvious advantage of incorporation is the limited liability which is insured by the company in conducting its business operations … only the company is liable with respect to its own obligations, and only the resources of a company can be lost should the venture prove unsuccessful, instead of, perhaps, having to remove the clothes off Jack Snedden’s back for auction.”

Zuker also added, “The interest of any members of the corporation, or any student, will terminate when he or she leaves the school, but the company itself will never terminate or die even if a director graduates or leaves the school.”

The proceedings for incorporation were started by the previous Student Council. Former President, Roman Demchyshyn, saw the beginning of the idea in principle. With the hope that the action would “put the student in a better position”, Demchyshyn won approval for incorporation at a general meeting. It was during the summer that the present Council started the legal action.

Jack Snedden, current Council President, sees one of the prime reasons for the action as the enforcement of the payment of the Student Activity fee. With the incorporation, he admitted, “They have no choice.” Anyone who refuses to pay this fee, Snedden continued, “is told to seek their education elsewhere.”

On the other hand, incorporation protects the students from the Council. “Our books have to conform to regulations laid down under the Corporations Act. It makes it very hard for people to abscond with funds,” said Snedden.

When asked what possible detriments incorporation could have, Snedden answered, “none”.

Marvin Zuker points out, that since the September 15 issue date  of the charter to incorporate, “unless a general by-law has been passed by the directors of Centennial College Student Association Inc then (the current) constitution has not applied to the student body since September 15, 1969.” He interpreted this to mean that the results of the last election, held since that time, are invalid.

When asked his impressions of incorporation, Bryan Sullivan, Vice-president of Council, agreed that it was “well-intended”, but made student government too “highly structured.” Sullivan admitted that he “would like to have seen a less formal exchange” between the government and students.

With the charter of incorporation, student government has truly become big business. The student body can now own land, take out bank loans with ease, and be represented legally.

How was this legal operation financed? “It was my understanding that the Administration was paying the cost of incorporation,” said Snedden. 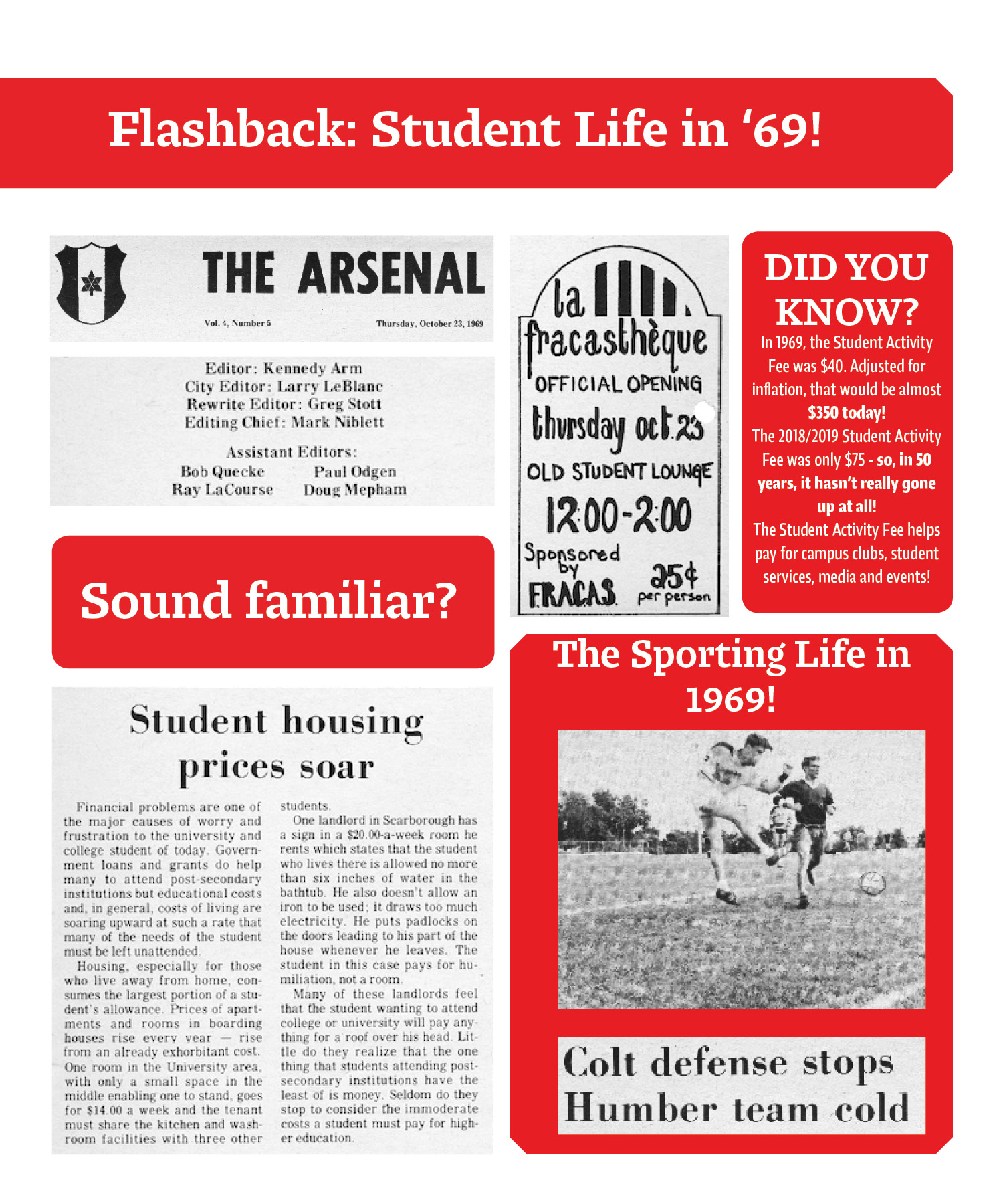